“Enormous Door” (CD/LP) by The Ex + Brass Unbound will be released on Ex Records on 29 April. 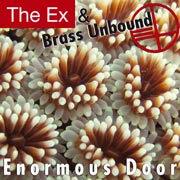 The Ex have hooked up with one of the most powerful horn sections imaginable and sparks are sure to fly. Since 1979 this inspired, intrepid and seminal band has consistently pushed the envelope, plotting a restless course from their anarchist punk origins to embrace everything from fractured noise to Ethiopian groove. Their thrillingly raw and rhythmic rock sound is born from their ideals, musical friendships/networks and work ethic. Alive to the moment, they are sometimes described as “experimental trance-dance avant-afro-punk improv music” and no one knows what descriptions this metamorphosis will conjure up.

The Ex plan to unleash a new wild and combustible show in collaboration with four of the world's most powerful and performative horn players for some in-the-red swing time. Brass Unbound comprise Swedish force of nature Mats Gustafsson (saxophone), Chicago jazz heavyweight Ken Vandermark (saxophone), Italian wild card Roy Paci (trumpet) and boundary busting classical/futurist Wolter Wierbos (trombone). The line up is dexterous and dangerous, as players, improvisers and entertainers, this group is nothing short of phenomenal. Expect fireworks.

The Ex have been involved in a steady stream of boundary-breaking collaborations, releases, tours and films that have established them as a unique but under-acknowledged force in rock music, who are always on the move, but always sound like The Ex. 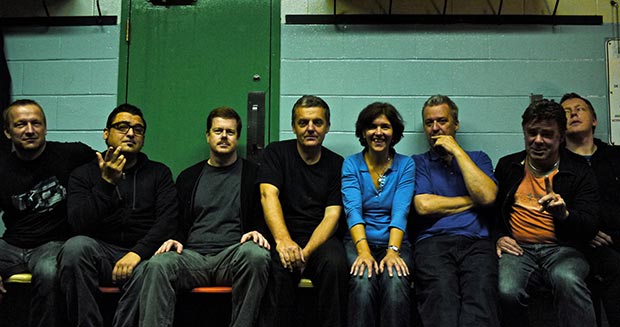