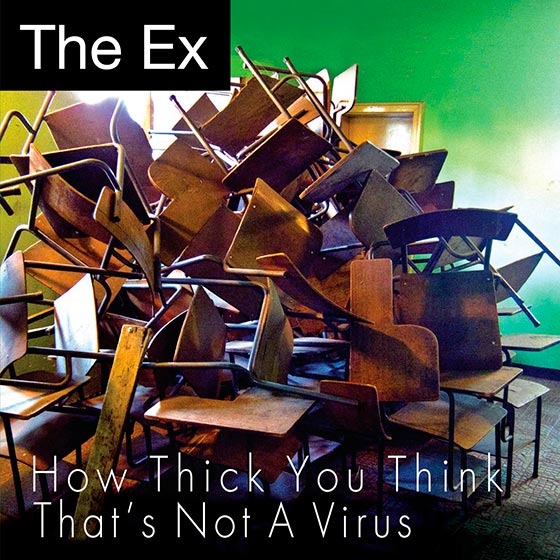 “How Thick You Think / That’s Not A Virus” is released on Ex Records on 27 January and is available from Ex Mailorder.

Two blinking new tracks by The Ex: direct, urgent, wilful and joyfully obstinate. Recorded in the rehearsal room in three hours and mixed in two: fat -free and no words wasted.

“How Thick You Think” is inspired by the short film “Neighbours” (Norman McLaren, 1952). The story is a parable about two people who come to blows over the possession of a flower. The sentence I think food with music means peace comes from a painting by Lucebert.

“That's Not A Virus” builds on a typical Ex beat: a melodic and unique rhythm, freshly pulled out of the Dutch clay, sounding as if it already exists for 2000 years. The lyrics work like a crack in the wall through which you look at the space between people; what people reveal of themselves, show to each other and the categorical insecurity that comes with it.